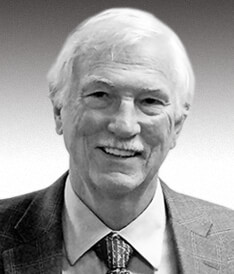 Harvey E. Yates Jr. was born in Artesia New Mexico and attended Artesia High School. At age fourteen, during summers and school breaks, he began working in the oil field, both as a roustabout and as a tool dresser. His early work experience also included working as a cowboy. He graduated from high school in 1960.

He attended the University of Texas in Austin. He initially concentrated on petroleum geology, but after taking numerous geology courses, he switched to a pre-law program. Following college, he worked both in the oil and gas industry and in ranching. However, in 1970 he entered Cornell Law School in Ithaca, New York from which he obtained a JD degree in 1973. He is a member of the bar in the State of New Mexico. He has lived in Albuquerque since returning to New Mexico from law school though he also spends much time in southern New Mexico.

In 2001 together with Garth Simms, a former state legislator, Yates formed Adelante Now – an educational foundation. For more than a decade the foundation concentrated its activities on a tutoring program under which the foundation paid public school elementary teachers to tutor five or six students in either math or reading. Yates was instrumental in gathering the funding for the program.

In 2009 Yates was elected chairman of the State’s Republican Party. He served in that position until following the election of 2010. In 2009 the state had only three statewide, Republican office-holders — two Court of Appeals judges and the State Land Commissioner. In the state’s House of Representatives Republicans were down by eleven seats. The election of 2010 changed this circumstance. The party emerged from that election with a Republican Governor and Lieutenant Governor, a Republican Secretary of State and eight additional Republicans in our House of Representatives.

Following the 2010 election Yates withdrew from active party politics, and in 2011 he wrote a short book titled Governor Richardson and Crony Capitalism. Additionally he has written several opinion pieces which have appeared in New Mexico newspapers. In the spring of 2016 Yates was elected as New Mexico’s Republican National Committeeman.

Yates has been in the oil and gas exploration business many years. He is the president of Jalapeno Corporation, an oil and gas producer which participates in drilling ventures, primarily in Texas and New Mexico.