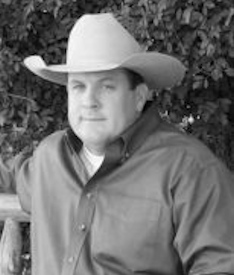 Scott Chandler was born to an agricultural ranching family. He learned at an early age the value of hard work, strong family ties and a love of the land. Growing up there was often an additional person, who needed help for a while, staying in the spare bedroom. Scott has always had a heart for helping people.
Scott attended New Mexico public schools k – 12, played football for UTEP two seasons and graduated from WNMU with a degree in Criminal Justice. Scott learned the value of teamwork and dedication through years of competitive sports.
After college, when Scott was working at a local feed yard, he thought up his first business venture and left the feed yard shortly thereafter to pursue building his first company. Scott was one of the first 100 licensed guide/outfitters in the State of New Mexico and participated in helping write the regulations that govern the outfitting industry in NM. Later, Scott added a tourism component to his guide business and working with the NM Tourism Dept. was able to build a relationship with the German tourist industry. In 1997 Scott began a troubled teen youth program using his ranching, sports, and criminal justice background to experience great success in helping troubled teens turn their lives around. In the mid-2000’s Scott worked for Border Foods as a negotiations liaison between growers, Border Foods, the City of Deming and Luna County. Scott also spearheaded PR development to educate the local community on the importance of Border Foods in the community.
Currently, Scott is ranching in Otero and Sierra Counties and is the founder of a 501(C)3 that works with at-risk young men and is consulting on various ag-business issues affecting the State of New Mexico.